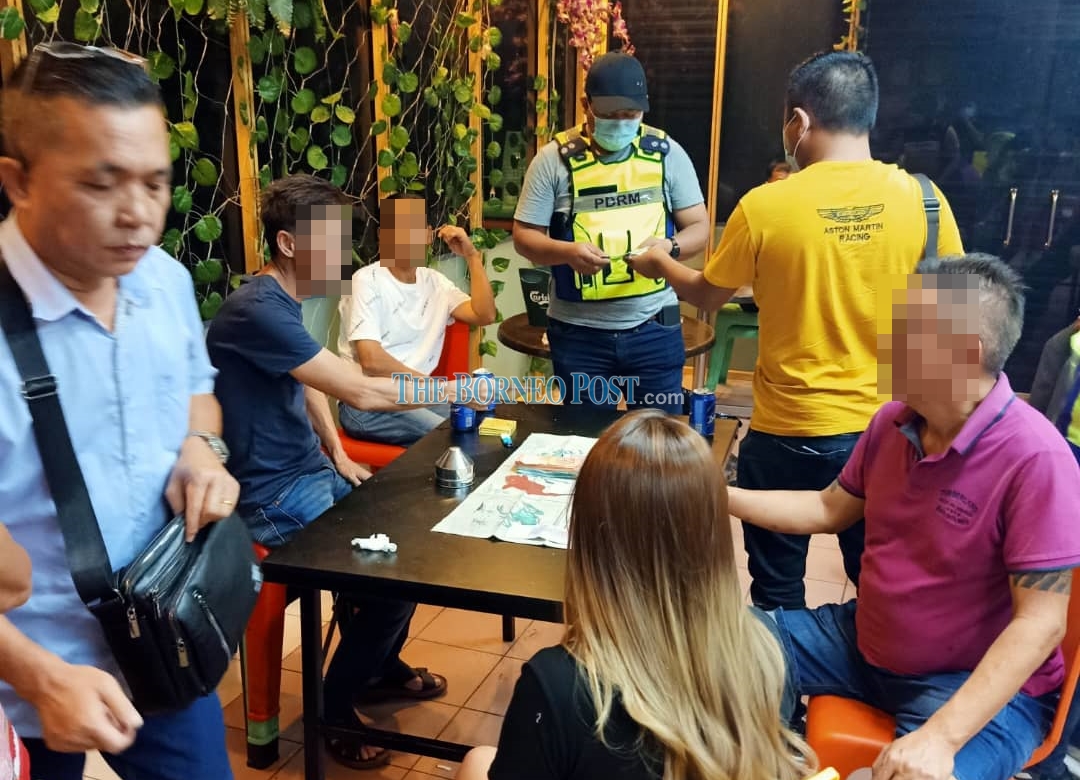 Police checked some of the suspects’ IDs before they were arrested yesterday.

KUCHING (February 21): Nine male suspects, aged between 47 and 63, were arrested by police yesterday at around 6 p.m. for alleged involvement in gambling activities at a restaurant in Batu Kawah New Township.

Padawan District Police Chief Supt Aidil Bolhassan, who confirmed the case, said those arrested included a 52-year-old suspect who is believed to be the organizer of the event.

“A background check on the 52-year-old found he has six previous police records for gambling crimes,” Aidil said in a statement today.

He added that the suspects were arrested at the restaurant that was being turned into a gambling den after hours.

During the operation, the police also confiscated game items for ‘holo’ and cash amounting to RM3,711.

All suspects are currently incarcerated and the case is being investigated under Section 7 (2) of the Common Gaming Houses Act of 1953.