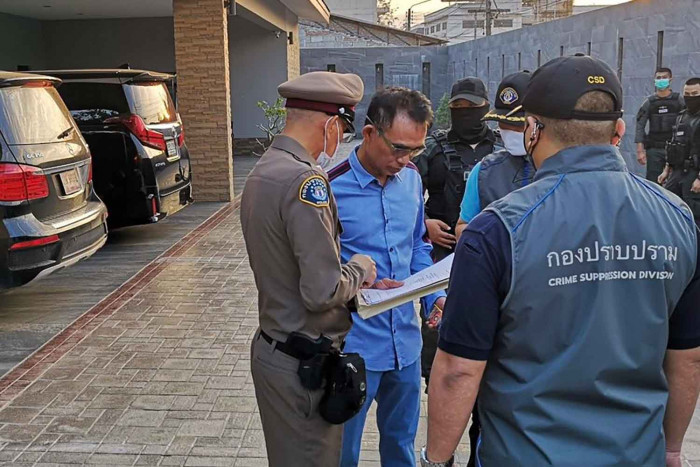 Police arrested a man in Rayong province on Thursday morning, who is believed to be the main operator of illegal casinos in the east, accused of spreading Covid-19.

The police also chased four other men and women, his employees, who were named in arrest warrants.

The arrest came after hundreds of poker machines were confiscated from a warehouse in Khon Kaen last month.

Pol Gen Suwat Jangyodsuk, the national police chief, and other high-ranking officials went there to interview the 56-year-old man himself.

Rayong was an epicenter of the second wave of the Covid-19 wave in December. Health officials said the disease was spread through illegal casinos in the province and adjacent Chon Buri province.

Mr Somchai was one of five suspects wanted Thursday when police raided 10 locations in the eastern province in an attempt to suppress an illegal gambling network.

Other suspects have been identified as Noi Wongniyom, 74, Rudee sae Ngow, 57, Alisa Jaengsawang, 50, and Damrong sae Ngow, 50. The police said they were Mr. Somchai’s supporters. They were still at large.

The police operation followed the seizure of 418 slot machines from a warehouse in the Tambon Phra Lab in Muang District of northeastern Khon Kaen Province last month.

Police said the machines there were most likely hidden by a large gambling network that learned that the government intended to crack down on illegal gambling in the east.

A police source said the suspects’ bank accounts showed tens of millions of baht in transactions. They had often been given coins that they could use in their slot machines.