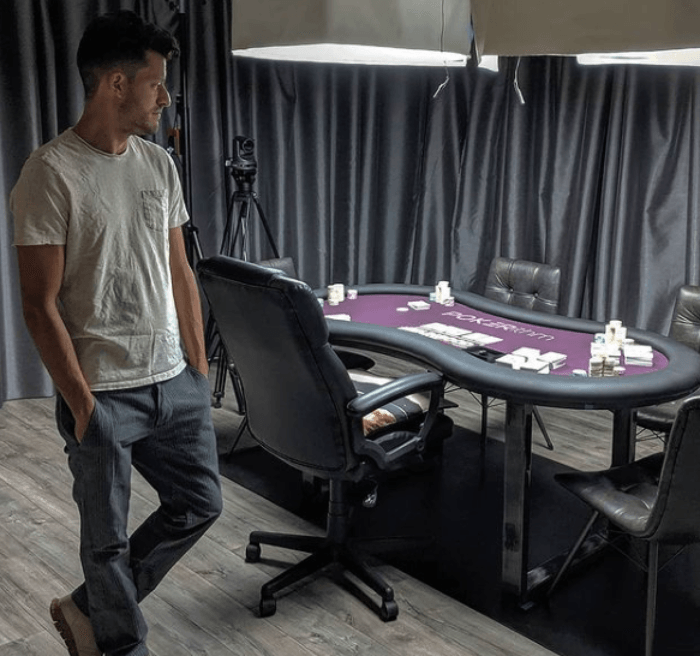 POKERithm, which debuted two weeks ago, was created by World Series of Poker bracelet winners Matt Waxman and Tristan Wade. Double poker is used in four teams of four players each. Basically, one player from each team sits at a table with 100,000 chips and plays a single hand. The same hand – the cards are preset – is played at the other three isolated tables. A total of 16 players participate per episode.

After each hand, the chips won or lost by a player are added to a team’s total. The stacks are then reloaded to 100K and another hand is dealt.

There are eight teams – The Archers, Grit, Hooligang, Moxie, The Positives, VikingX, The Soulvers, and Pioneers – with at least eight players each, one of whom serves as the team captain.

For Season 0 (as it was a proof of concept season that they chose not to include as the official season), 20 regular games – eight teams playing 10 games each – will be streamed weekly, which will be streamed in culminate in a championship game. New episodes air every Tuesday at 4 p.m. EST.

Here’s a trailer for POKERithm:

Questions and Answers with Matt Waxman

What inspired the idea and how did you bring it to life? Can you guide us through POKERithms origin story, so to speak?

I’ve always enjoyed watching sports and competing since I was a kid. I also loved eSports. When I realized that I wasn’t a professional athlete but had some poker successes as a young adult, it became a great competition for me. I know a lot of other players who share this story. I’ve always thought that poker could be so much more. The public perception is that it is only a casino game with players but the truth is that I’ve met some incredible people through poker and the best players are incredibly skilled and hardworking people who deserve all of their success.

Matt Waxman on the set of POKERithm.

So why not organize a league that can pay them and value them for their competition instead of letting them travel around paying expenses, getting raked and putting tons of their own money in buy-ins? Don’t get me wrong, there will always be that old school element of poker associated with some seedy characters and that Wild West vibe, but all I know is that it takes a lot to be great at our game , just like any other major competition, and I believe there is room for us to look at poker a little differently – a healthier approach. Something that could attract a lot more sponsors and people who love strategic thinking but are potentially risk averse.

How did you get the players to participate? How was this whole process?

To evaluate players, there is a patented algorithm that weighs four factors, hence “POKERithm”. I asked the top beta qualifiers if they would like to compete in a pro league in Vegas this summer (2019). We needed some extra people because it was being filmed during the 2019 WSOP and the schedules were getting hectic

We have decided to limit teams with a maximum of 10 players. All matches were filmed in June and after a few episodes we got into a good rhythm and had a real production in our hands. The best feedback was that all the players really enjoyed participating in the concept and talking about it a lot in our group chat.

Are there certain players or big names you’ve been looking forward to?

Naturally. I cannot speak highly enough of everyone who started in Season 0. Obviously, having WSOP Main Event champion and multiple bracelet winner Joe Cada in the mix was great, and Andrew Lichtenberger is literally one of the greatest no-limit hold’em heads of all time. There are tons of extremely accomplished gamers taking part in this show. So it was a privilege that they all support the concept so much. 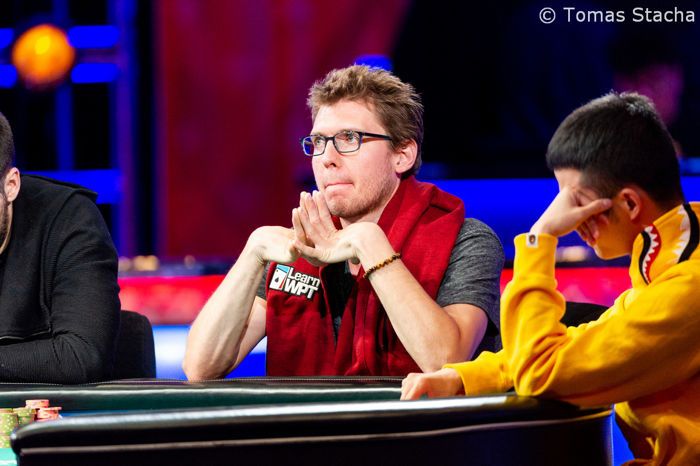 Andrew Lichtenberger is one of the participating players.

I made the comment and we have a different player who is innkeeper every week who play in the game so our viewers can get to know our players a little better. We also have a hand analysis segment where our innkeeper rates an interesting hand that he played during the episode.

What is the POKERithm app?

If you go to POKERithm.com you will be able to play in the first version of our software. Only one email address is used to set up an account. However, if you want to qualify for the league, you will need to provide additional information. No downloads, you just play a web browser. However, currently our game does not work for phones or tablets. You need a computer’s web browser.

What do you see for the future of POKERithm?

When I play my favorite video game, Rocket League, I get excited about my ranking. It’s just a game and I could never play the pros, but it makes me excited and I’m very proud of how good the game tells me I am. I want this for our poker site. I want people to get happy or angry about their decisions and make an effort to be better at poker, but I also want them to be competitive because they love the game, not for financial reasons.

I think a lot of people are intimidated by poker and our industry has a limited audience because it costs money to play seriously. If you don’t know what you are doing, you will lose your money. POKERithm could be a place where people take free play poker seriously for a ranking like other video games, and there is tougher competition the better you get, but neither is it intimidating with new players coming up and competing against each other .

Finally, take a look at episode 4 of POKERithm for an idea of ​​what to expect in the future: