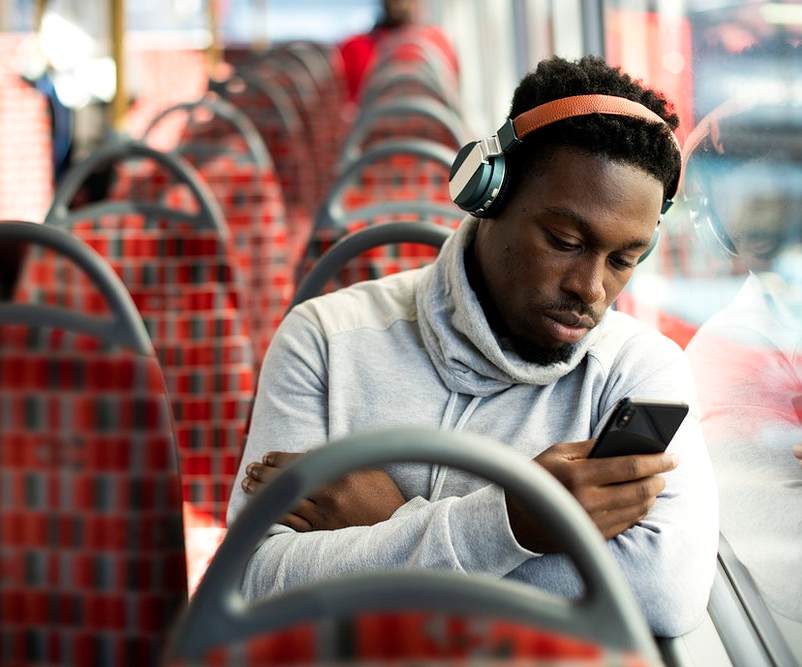 We’ve been together for two years, but I’m almost giving up. He’s a good person, there’s no doubt about that. It is his good nature and upbringing that made me say yes to him in the first place. He had proven to me beyond any doubt that he knew how to take care of a woman.

Whenever he comes to my house you will never see him sitting while I do things. When I’m in the kitchen he’s with me. When I clean the bathroom, he’s with me. While I am sitting and washing myself, he takes my washed clothes, rinses them and hangs them on the clothesline. He’ll make fun of my panties.

He is a dreamer – a dreamer of small and almost impossible things. I like him when he dreams of our future together. He’ll talk about the money we’re going to have. The number of kids and even the cars we’ll be driving; “Darling, I’m going to be a billionaire. You wait and see. “

You ask him how he becomes a billionaire and he will say, “All this sports betting that I’m doing, do you think it’s free? Let me tell you one day my star would shine I’ll win millions of cedis, invest in a lucrative business, and leave the betting game. “

On Saturdays and Sundays, he switches from one betting shop to another and looks for good chances of winning. He will talk to friends, they will likely give him profit tips. He’s going to go out there and put a lot of money into it. In the afternoon you call his phone and only hear the noise of soccer games.

He’ll sit and see all the games he’s bet on. In the evening he will call me with disappointment in his voice. I’ll ask him: “You won something today?” This is where the insult would begin. He will insult players, insult coaches, and insult goalkeepers. “I won almost a thousand cedis today if it wasn’t for that stupid coach. All he had to do was play this or that player and I would have won the bet. But this stupid trainer isn’t listening. He had to be fired. “

He’s almost always angry at the weekend. After the games he walks past my house, sits down on the sofa and takes a high sheet out of his pocket. He will assess what went wrong and in the end, fold the paper and start chewing it.

I’m going to tell him, “Darling, all this stress is not going to make you become a millionaire. How can you lose all that money and still think you can be rich? You don’t have to go this route to get rich. You can build by saving. “

He will answer: “It is a great risk to win big. You wait and see, I’ll be a millionaire one day. “You say you can’t advise a woman in love, but trust me, nobody advises a man who is addicted to betting.

One day he asked, “Can I have some money to take a taxi home?” I gave it to him. He had lost everything he had and had nothing to bring home a car. I’m worried about his gambling addiction. He always loses, but somehow he believes that winning comes from losing and nothing could change his mind about it.

Why do good people come up with something bad about their being? Can’t people all be good or all bad to make the decision easier? “My ex has done a lot of bad things and some good things every now and then. It was easier to let him go. This one doesn’t hurt me, but does things that would greatly affect our future.

A man who puts all his money on bets? What can a future look like with him? Can we save money together and believe that he wouldn’t bet it? Thoughts like these always frighten me. So I started talking to him – actually threatening him; “Darling, if you don’t stop playing I have no choice but to leave you and I’m serious.

This weekend I want to see you here and nowhere else. If you go to your seats and waste money, it’s over between us. “He will come to my house early on Saturday morning and I will be glad that I am making progress.

Without knowing it, while he was at my house, he made the bets online. His mood would change in the evening. I’ll talk to him and he won’t bother me. You will see how often he talks to himself and is not angry about anything.

I’ll tell him to sleep with his betting slips. He will go and come home and apologize. I will forgive him and tell him not to do it again. It’s like that when you love someone with their flaws.

You will fight for the mistakes, he will say he will change. He will do it again and you will argue about it again. Then the struggle over one’s faults becomes the new fault in the relationship. But where does it end? I dont know.

It has been two years of addicting betting. He had borrowed money from friends and they had been on his neck until I helped him pay. A month ago I told him in all the seriousness I could muster, “I’m giving you three months, if you don’t stop this relationship is over.

If I catch you betting after three months I won’t take apologies from you, and I won’t even take your calls. You need to make changes and you need to make it now. “He said,” I stopped. Trust me. I will not do it again. “

Here I hope he doesn’t do it again, but what if he does it all over again? What if he doesn’t stop? Will I be right to go away for just one mistake in a man? The last question is, will I have the will to leave when the time comes? I can only pray for strength.

Sports activities betting “alive and effectively” regardless of the chaotic 2020