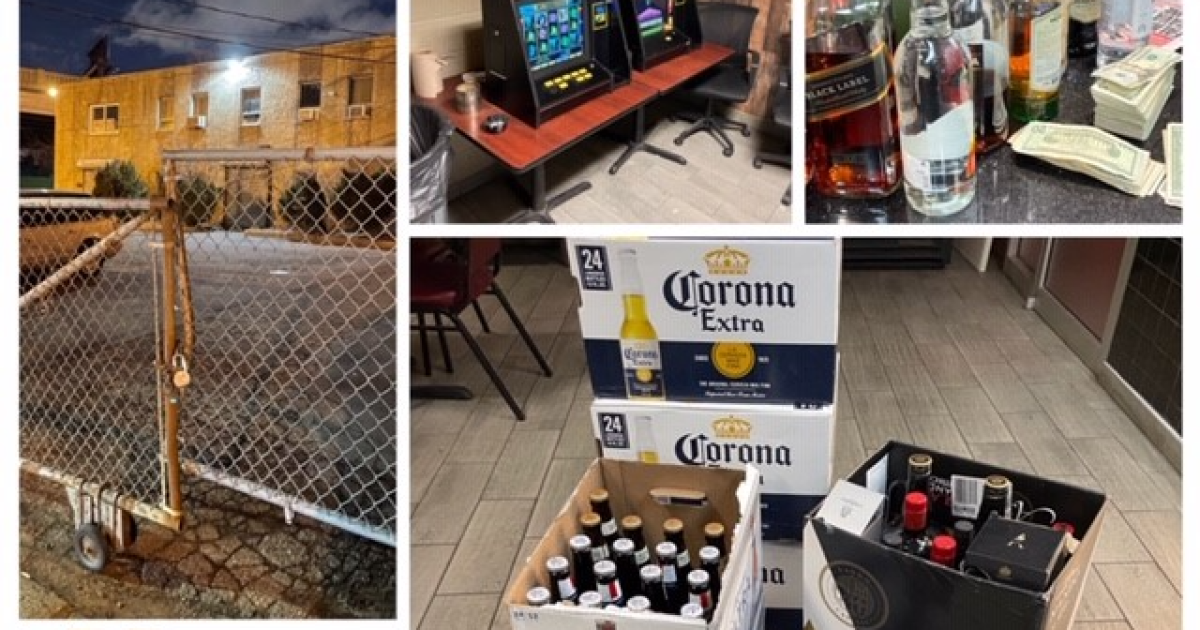 The police were arrested at the Portuguese football club on Wilson Ave. Called 215 after complaints of illegal alcohol and gambling were made, said Anthony Ambrose, director of public safety for Newark.

Inside, according to Ambrose, investigators found about 50 people drinking alcohol, playing cards and using slot machines. There was also a well-stocked bar that had a selection of beer, wine, and liquor, he said.

Detectives arrested three men – José DaSilva, 53; Victor Pereira, 61; and Byron Barraza; 31, each from Newark – in connection with the illegal operation.

More than $ 6,800 in proceeds from the illegal sale of alcohol and cash on the slot machines and 403 bottles of alcohol were confiscated, Ambrose said.

DaSilva, the manager, was unable to provide any documentation for the sale of alcohol, according to Ambrose.

DaSilva and Pereira are each charged with running an illegal alcohol factory, owning alcohol, selling alcohol illegally, and owning playground equipment. Barraza is charged with aiding and abetting.